So I love pies.  I remember the first time I tried to make an apple pie by scratch.  I was about 6-7 months pregnant with Abigail and David and I had gone to Apple Annie’s for the first time and picked apples.  I found a pie crust recipe and tried it out…well, I came to learn that NOT all crust recipes are made equal!  After a few hours, and many tears (and a big pregnant belly) I bought a pre-made crust. A couple of months later, I gave it another go.  I found a simple crust recipe and over the years have tweaked it to what is it today. I’ve made this crust dozens of times over the years and it always comes out great and it is VERY easy to work with.  You can also use this with other fillings and not just apple.
Here is my apple pie recipe.  I hope you make it and love it as much as we do! 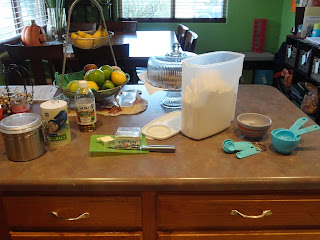 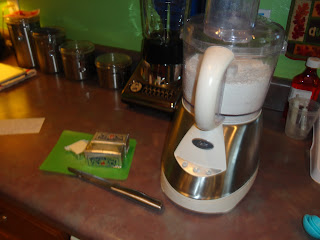 Blend the dry ingredients (flour, sugar and salt) in the food processor.  Cut up the butter into 1/2-1 in chunks and add it slowly, pulsing as it mixes. 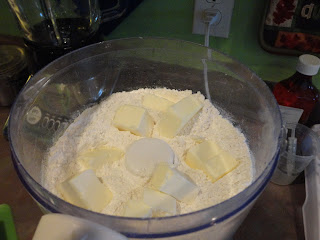 As you add the butter, the dough will start to get thicker and may ride up the sides of the bowl.  You can scrape it down the sides as you go. 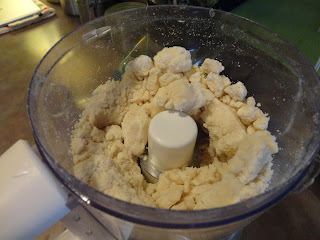 After all the butter is added, add in the apple cider vinegar and then slowly add the water.  Keep slowly mixing it and it will become more like dough. 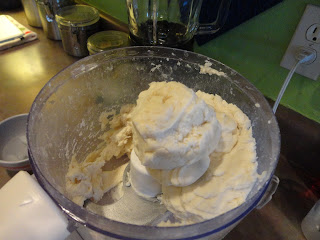 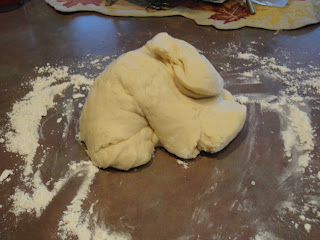 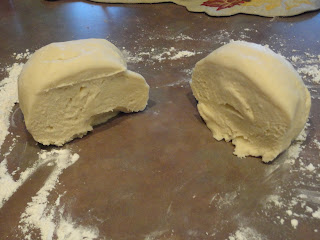 Divide the dough in half and turn it into a flat disc. 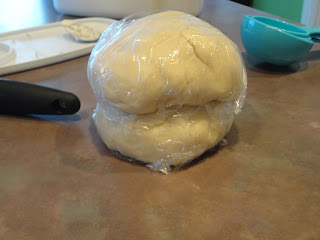 Wrap each disc in plastic wrap and place in the fridge for at least two hours.  This dough will hold in the fridge for up to 2 days or in the freezer for up to 1 month.  After its done chilling (or chillin’- ha), take it out and let it warm on the counter for a bit before rolling it out.
For the filling:
6 apples (I use half granny smith and half golden delicious)
*cut apples into thin slices
1/2 c sugar
1/4 c brown sugar (I like light brown)
1/4 c flour
3/4 t. cinnamon
1/4 t. allspice
1/4 t. nutmeg
You will also need one beaten egg white mixed with 2 T water for an egg wash for the crust and also 2-3 T. butter cut for inside the pie.
Preheat the oven to 350 degrees. 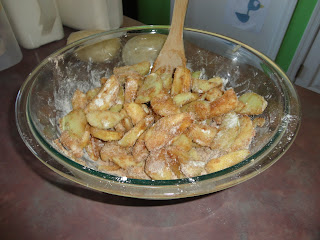 Mix all the filling ingredients (except the egg and butter) in a large bowl and set aside.
Now its time to work the dough for the crust.  Unwrap one disc and turn out onto a floured surface.  With floured hands, knead it some to warm it.  Flour a rolling pin and begin to roll it flat.
A few tips when rolling:
1. make sure your pin is floured or else the dough will stick.
2. Don’t roll “back and forth”.  Just roll from the middle out towards the edges.
3. Use even pressure and try to make it as much as a circle as possible. 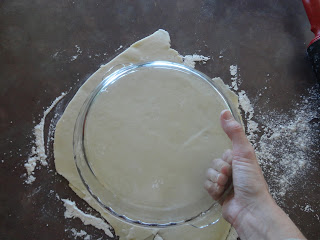 Make sure its larger than your pie pan!  When you are ready to place it in the pan, use this fancy trick: GENTLY fold the dough in half and then in half again. 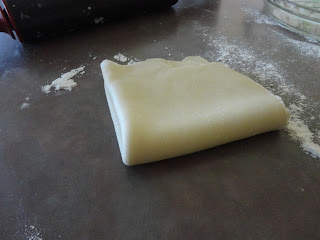 Once folded, you can easily place it in the pie pan and then unfold it.  Gently work in so all the glass is covered.  I use kitchen scissors to cut off any excess.  Leave a bit on the edge to help make the crust. 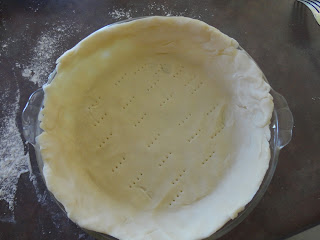 Using a fork, make some holes in the bottom of the crust to help circulate the heat and then place the filling in the crust. 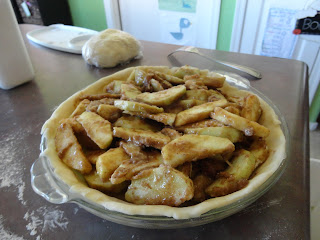 Yummmm…cut the bit of butter and place around the apples.  Now it’s time to do the top crust.  Roll it the same way you did the bottom and then place the top layer on top. 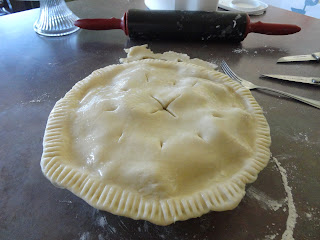 Using your hands, make sure the crust is sealed around the edges. Cut an “x” vent and some holes around the top and then use the fork to make some pretty marks around the edge.  Use a pastry brush to put on a light egg wash on the crust and sprinkle some cinnamon and sugar on top.
Now, before you bake it, you need top make a “crust shield”.
On the cookie sheet, lay flat a few pieces of tin foil and then place pie on top. 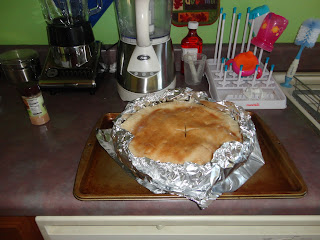 Fold the edges up around the crust but not touching the crust.  This will help protect the crust so it won’t burn.
Bake at 350 degrees for 25 minutes and then unwrap the crust and bake for 30-33 minutes more. 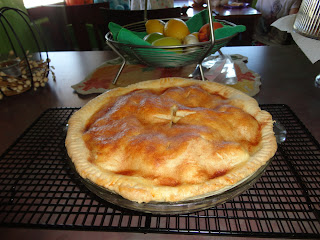 Ohh, yummy!  Let it cool a bit before you cut into it.  Serve with some cool vanilla ice cream and enjoy your hard work! 🙂 Next pie will be pumpkin!

Here's what's been going on at Our Three Peas! - http://eepurl.com/hoSaoD